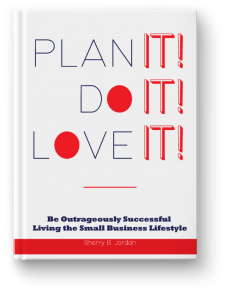 All successful small business owners come to a time with their business where they will have to decide if they want to grow by adding staff, and whether those new hires will be permanent or temporary, full-time or part-time, regular employees or contractors. Growing in this way is exciting. It also adds a layer of complication that the majority of small business owners feel they are ill-equipped to handle. Recruiting is an art. Managing staff is a skill. Both are often underdeveloped when you are ready to hire your first addition. Rejoice if you are in a position to decide whether you need staff — you are among the successful. But, before you hire, learn the basics. Be prepared. Ask for help if you need it. Taking the “learn as I go” approach to human resources can be costly.

There are many resources on the subject of hiring and retaining the right employees.

Stay tuned for more from my new book: Plan It! Do It! Love It! on living and loving your small business lifestyle.